July 18, 2014
Please excuse my terrible post title - it seemed funny when I thought of it at the end of a gin-fueled evening

Anyway, some of you might remember a month or so ago when I wrote about vising The Drayton Arms (POST HERE!) - well a few weeks ago, we went back and experienced our first No 5 Club Comedy night. 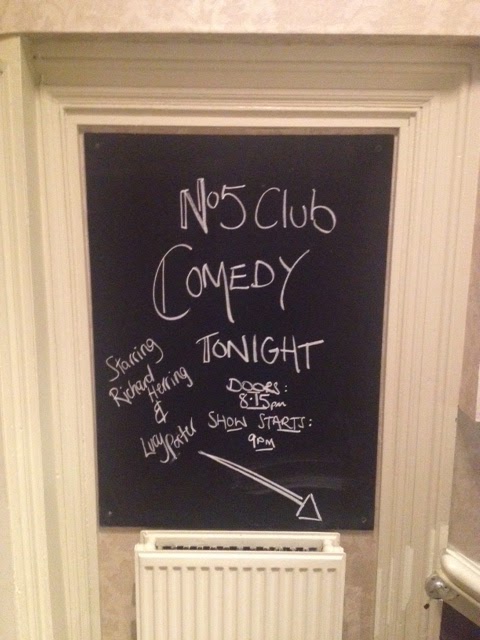 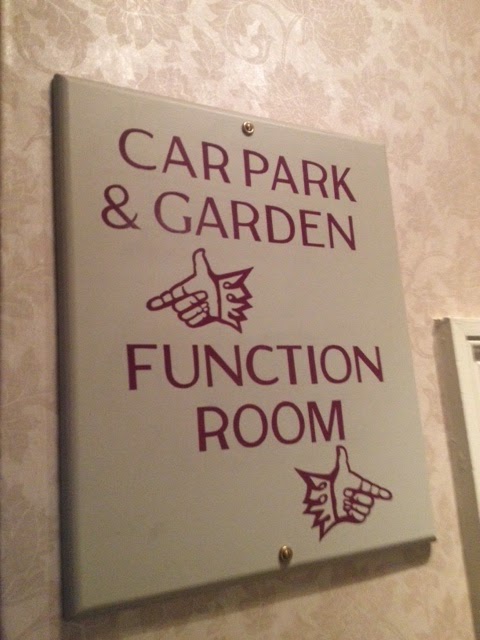 We were stationed downstairs at The Drayton and I have to say how rather grand the room is - I can see now why people have their wedding receptions there (although my heart still belongs to Kew Gardens) - I tried to take a pic of their fancy chandelier but my iPhone wasn't up to it. 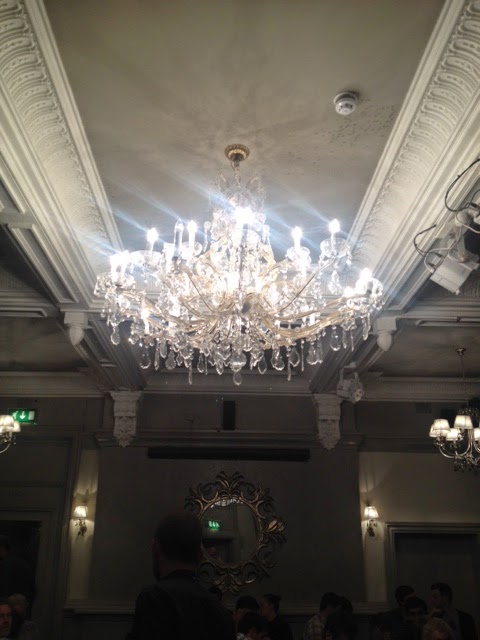 We got hand stamped (in a previously life, the sign of a very different kind of night out!), got some drinks from the bar (most conveniently right behind us) and settled in our seats to enjoy the gig.

Unsurprisingly - him with beer, me with gin. 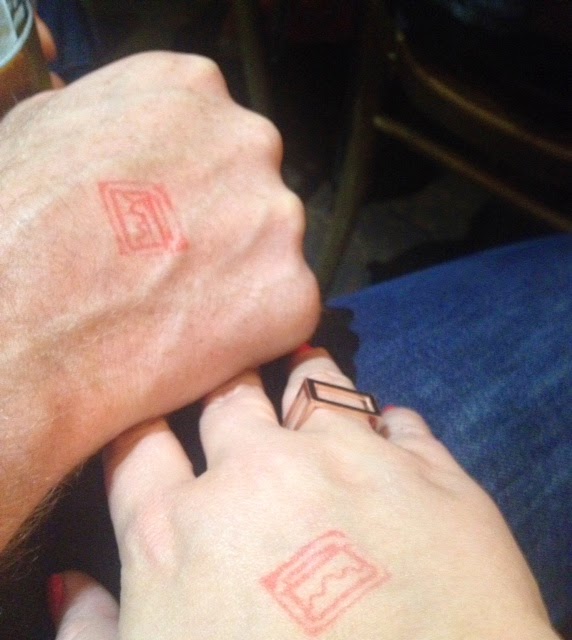 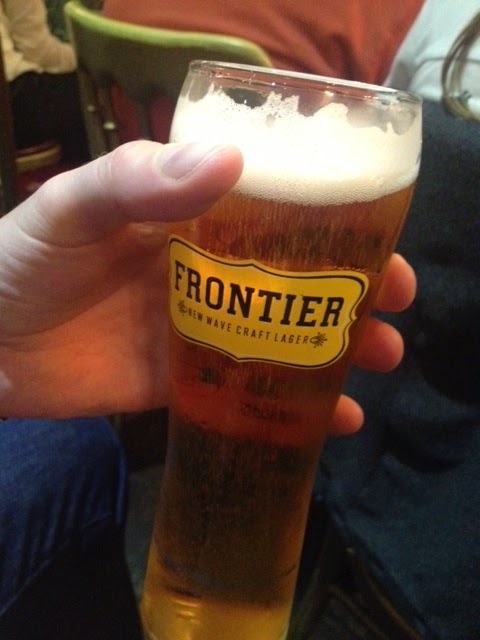 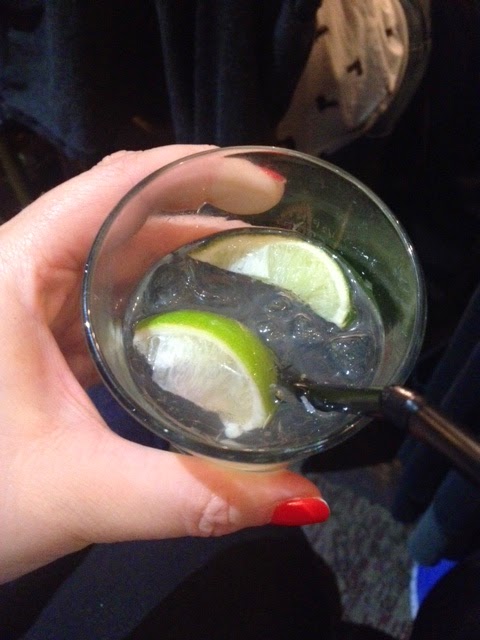 The premise of the night was for the comedians on the bill to take us through a pre-Edinburgh set - which basically meant they were still trying out what sounded funny as an inner monologue vs. what was actually funny.

Luckily for us, both Lucy Porter and Richard Herring were brilliant.

Lucy Porter was fab, she got straight into her 'Me Time' show by saying how much she hated football (winning the heart of most women in the audience) and then said the word 'tits' to convert the testosterone based audience members. With all of us on-side she took us on a journey through annoying friends, how posh Ealing is and we ended up listening to cassettes on a Russian school trip - amazing!

Also, she actually thinks Ealing is posh - look here's the tweet to prove it! 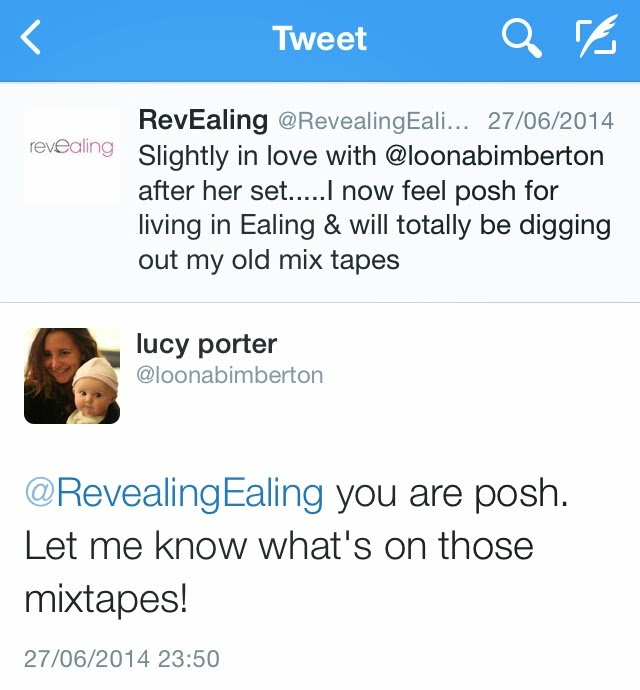 Then came Richard Herring - he's been one of my favourites ever since his Lee & Herring days. It was so fascinating to see him stress testing the new work - some of it was met with a mild snigger and the rest with big, belly laughs.

It was such a good night and a brilliant way to blow the cobwebs of the week (and all the work sh*t that comes with it), so we will most certainly be heading down to Phil Zimmerman's No 5 Comedy Club again.

The next big night is on 15th August - it is being billed as a 'Secret Gig' but when you go through to the ticketing website it does list Lee Nelson as the act, so not really that much of a secret..........if I have whetted your appetite for a bloody good night out, you can buy tickets HERE 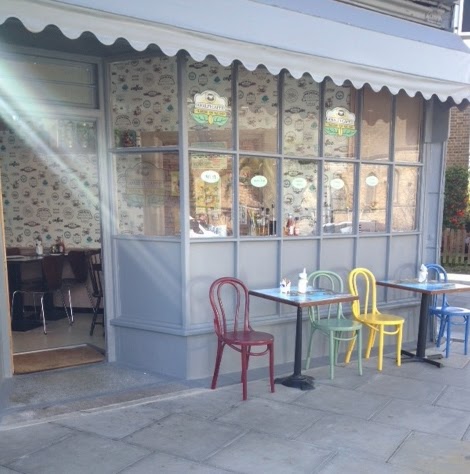 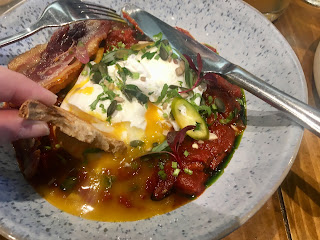